Set up guide for the NB9WMAXX

Dazzled wrote: ... If you use Windows, one free alternative besides Sumatra is Foxit http://www.foxitsoftware.com/pdf/reader/.

Thanks Dazzled, I had already tried downloading the pdf and this didn't work either. But Foxit opened the file, so this was a good tip.
Top

I get a dead link when trying to retrieve the setup guide ... has it been moved?
Top

Until someone fixes this, here are the first 3 pages (sorry, reverse order) 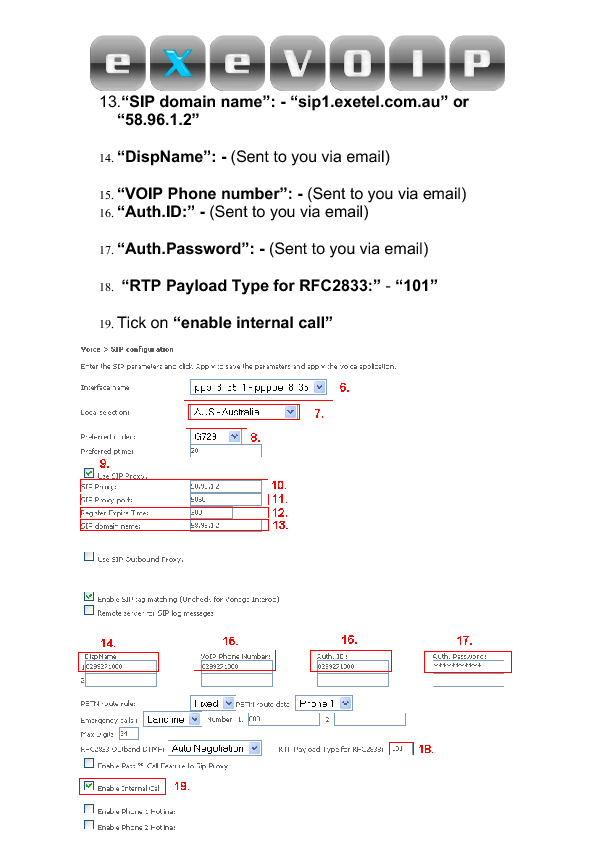 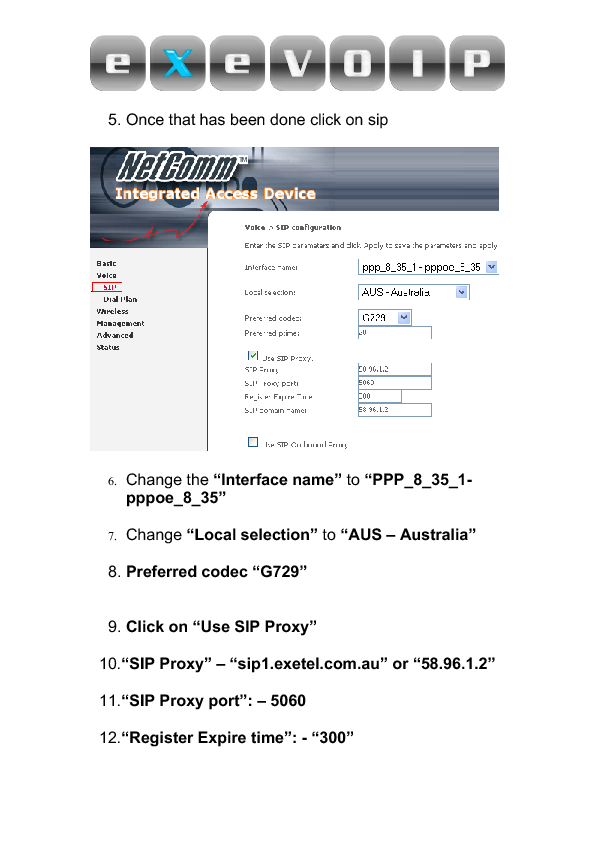 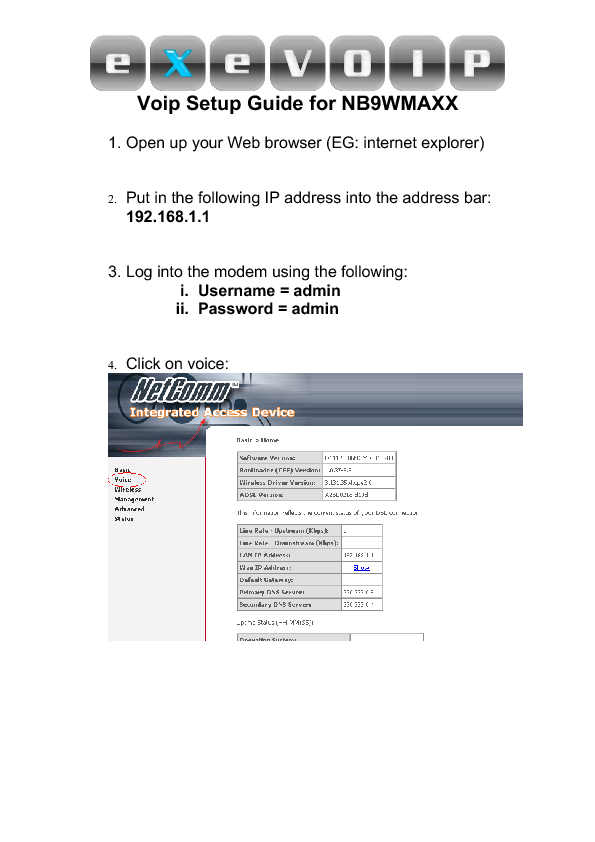 And here are the rest 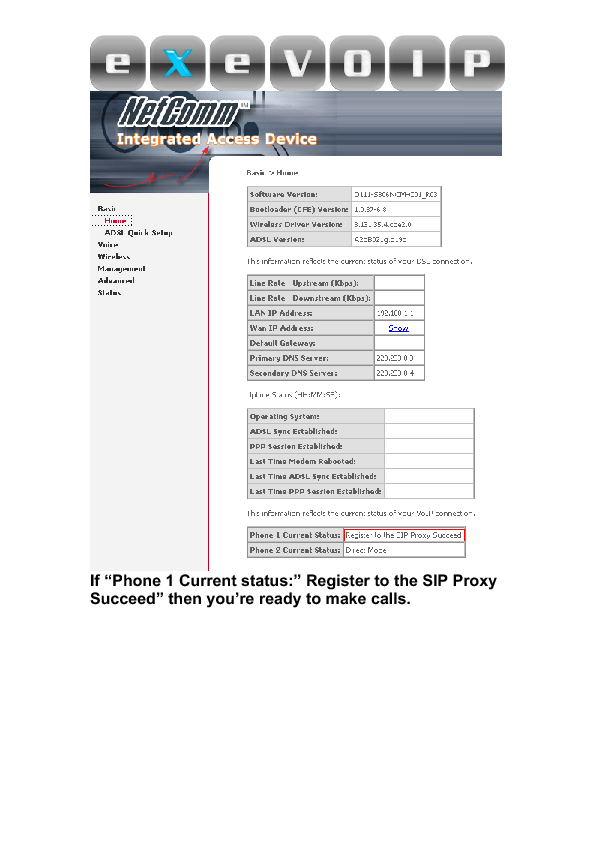 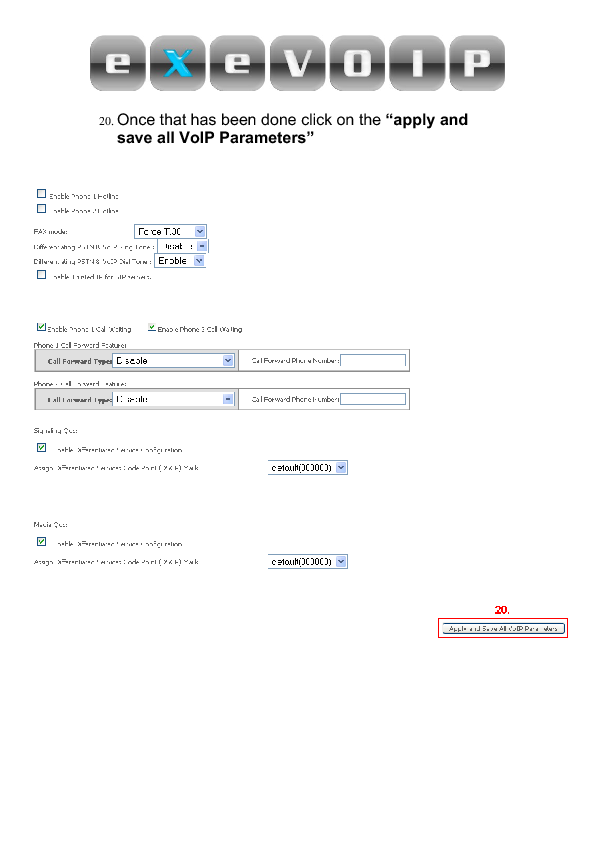 Thanks - voip installed and working.
Top

Hi
I have an issue with my voip reception, it is connected fine but the noise on the phone is very windy like and clicky, also seems
to sound low and far away.
This is a new NB9W maxx modem, my other nb9 modem worked fine and also a billion worked fine with voip. so I cant figure
why this reception is poor... I tried the different codecs but still the same, do you have any suggestions to improve this ?

have you upgraded your filter to an ADSL 2 filter. i had the same problem and once i chnaged the filter my speeds improved hugely and my voip was clearer
Top

Has anyone had any issues getting a dial tone on the second VOIP telephone line?
I have my home phone connected to line 1 and all is good but I want the alarm to run through line 2 but I can not get the second line to work. I have followed the set up guides and had no luck. Any advice is appreciated.

It's not an alarm that dials out is it? These require a special filter and should connect as the first point in the phone system, not via an ATA. There are cabling rules to follow.

There is an alarm socket discussion here http://www.phoneworks.net.au/General/mode_3.php Telstra has the cabling requirement pdf documents online. Most are at http://www.telstra.com.au/smartcommunity/mybuilder.html

Thanks for the links I will check them out. However, I should still be able to get a dial tone from the second VOIP phone socket on the modem, shouldn't I?
Cheers
Top

@Snorkler,
I am an alarm technician of 20 something odd years experience in this industry, so while I know nothing about your current modem, I thought I might give you a little bit of info on alarm systems with voip.
The hardwire configuration to a mode 3 socket for your alarm system is quite simple to do for any competent licensed alarm technician. If you attempt to transmit your alarm signals over voip you will find your alarm system will seemingly become terribly unreliable with many messages failing to get through, which will then cause your alarm system to keep on retransmitting these failed messages & running up your phone bill almost out of control.
This is because of the protocols used by voip where it is using mostly udp. With udp, if a few packets get lost or delivered out of order in a voice conversation it really does not matter that much. But with an alarm system which is very dependant on accurate frequency control for message string delivery, this same packet loss / delivery order issue will cause the monitoring centre receiver to fail to correctly read these messages. This in turn means the receiver will not acknowledge the mixed up messages, which in turn will cause your alarm system to appear to basicly go nuts & you will end up with a telephone account that will scare you.
Most monitoring centres use what is called securadial numbers which are nothing more than allocated 13 numbers paying them a subsidy for calls to them from the many client alarm panels.
There is a couple of products out there which will allow you to move your alarm system over to a system which will stop this, but they will limit you to who you can use for your monitoring centres & are quite product specific & not exactly cheap to set up.

fwiw, I have been looking at this & can see a very simple solution which would work very easily alongside voip or the so called NBN as it happens, but unfortunately me being such a little fish, if I bothered to actually go to the trouble of prototyping up a microcontroller & writing server software for this, I know I would just get squashed by the big fish in the industry as it has happened to me once already with some design I did a few years back....
Top

Re Dial tone: No. That model has 2 FXS ports or FXS/FXO, so only one port has PSTN pass through. It is user selectable in Voice Menu 2.

Baldrick, I did mine the no-thinking-needed way - fitted a central filter. Fortunately my Telstra line enters the building via the gas meter recess (!! and via a park when there is street pit outside; they laid it in the gas pipe trench) at the side of the garage at floor level. The original network boundary was the phone upstairs.
Top

Thanks heaps for the advice. My alarm system is the type that when it is activated it rings my mobile phone. I have currently got my regular cordless phone and alram sharing the Phone 1 socket of the modem via a double adapter and this works fine. The alarm I have dials out like a reglar phone with a pre-recorded message. It is not like a monitored alarm that maintains contact every 20 seconds or so with a base. It really is just a another phone.

The reason I purchased this particular modem was due to having the 2 phone sockets on the modem. I want to use one for the regular phone and the other for the alarm dial out with both making VOIP calls, as I plan on cancelling the home line with Telstra fairly soon. I understand that only one line has PSTN pass through but for VOIP calls should I be able to get a dial tone in either socket? Shouldn't I be able to connect the home phone into phone socket 2 and be able to make VOIP calls (bacause I can't)?

Again guys thanks very much for your time, patience and advice

The NB9Maxx has provision for only one VoIP supplier, but permits two handsets to operate the one account, provided the supplier supports it. I haven't experimented with this combination with Exetel though. The unit also permits 2 accounts on the same supplier.
Top

If I understand you correctly then I should be able to plug a standard phone into either phone socket 1 or 2 and make a VOIP call, with this particular modem. Do you have any ideas as to why I can only make VOIP calls on phone line 1. Do I need to change setting to enable phone line 2 to become operative?